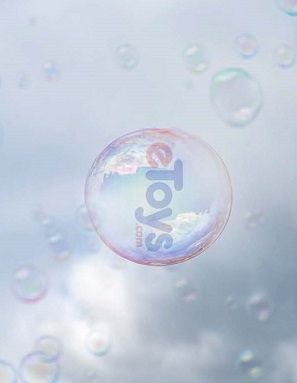 Before the dot-com bubble was a bubble, it was an exciting revolution. Entire industries were being disrupted and re-engineered to take advantage of the possibilities of Internet technology.

In the late 1990s, I co-founded a fast-growing e-commerce startup in Boston, a company eventually backed by more than $45 million in venture capital money.

The venture capital guys were the best and brightest, with huge bankrolls. Their faith – and big investment – in our vision only reinforced our great expectations.

When I saw venture capital pouring into another ecommerce business, eToys, I was intrigued. When eToys went public, I wanted in.

And I got in. I moved a lot of my IRA out of diversified mutual funds and dropped it into this one exciting – but unproven and unprofitable – company.

eToys’ potential was irresistible. I couldn’t talk myself out of it. Following the lead of the venture capital investors, I felt I was smarter than the market. I was sure the $60 per share I paid was a bargain. I knew little about the company’s acute cash flow problems, and didn’t really care.

I was convinced this was a stock headed for $300. Buying it didn’t feel like a gamble; it felt like a smart move for my future.

One stock is never enough

It is possible to make an insane amount of money in the stock market if you find the one right stock at the right time. Apple went from a dollar a share to a hundred dollars a share in less than a decade. It’s possible.

It’s also possible to turn a lonely 10-dollar chip into a thousand dollars at a craps table at The Mirage in Las Vegas. And about as likely.

To hit a jackpot on a single stock, you not only have to be lucky in choosing the stock, you also need to be lucky about when you buy it. You have to see the greatness in the stock before everyone else does.

Apple made a big splash in the mid-1980s with the Macintosh, but it did not make big profits. Apple’s stock price stumbled along in the low single digits for 23 years before it finally started going up and up and up in 2004, around the release of iTunes.

It’s easy to see now why Apple became one of the world’s most valuable companies, but it wasn’t at all obvious in 2004. No one struck a giant gong back then to signal it was time to buy. In fact, there was no hint then that Apple would be so dominant in transforming the music business and later get into the phone business and completely transform that industry as well.

The iPad, App Store, Apple Watch – these were not even glimmers on the horizon in 2004.

Yes, buying Apple in 2004 was a great idea that would have made you a tremendous fortune. But few investors were lucky enough to pull it off.

Nonetheless, we can dream.

I was dreaming when I redirected my IRA from mutual funds composed of thousands of companies to the stock of a single ecommerce company.

Working in the exploding ecommerce field myself, I saw eToys as an easy way to double down on the opportunity. I felt like I was on a pretty obvious path to wealth.

Unless, of course, both companies failed.

In less than two years, both companies collapsed, hemorrhaging money too fast to recover. That left me out of work and my IRA empty. I had to borrow money to keep my family afloat.

I could calculate how much my IRA would be worth today if I had just left it in diversified mutual funds. I could, but I won’t, because the number would ruin an otherwise lovely day.

Having learned a tough lesson the hard way, I feel no need to be too subtle with the message here:

DIVERSIFYING IS THE SMARTEST AND EASIEST THING ANY INVESTOR CAN DO.

Spreading your money across many stocks takes the worst-case scenario – a complete and permanent loss – completely out of the picture. Any single company can go bankrupt, but a hundred companies in different industries and at different stages of maturity will never fail at the same time.

Diversification has been called the only free lunch in investing because it so dramatically reduces risk and can be accomplished so easily.

How important is diversification? Consider this research finding by Hendrik Bessembinder, a finance professor at Arizona State University, who studied all U.S. stocks over the past 90 years: Over the period 1926 to 2015, a mere 4 percent of stocks accounted for all of the net returns of the U.S. equity market. The other 96 percent delivered nothing or had negative returns.

The most common result for any single stock was a complete loss.

This is the reality of capitalism – many companies fail and a few generate exceptional returns. Unless you were lucky enough to pick those rare stocks with decades of high returns, your performance would be dismal. But if you owned all of the studied stocks, you would have turned a thousand dollars into millions.

Owning a few mutual funds hitches your wagon to hundreds of horses. Some of the horses will be stronger than others. A few may fail. But your fate will never rely on the heroic performance of any single horse to get you across the plains.

The advantages of diversification are well known. Still, I encounter many investors who keep far too much of their wealth in a single company’s stock.

In truth, it’s pretty easy to end up with too much of your net worth in one company. You may earn stock as compensation in your job, or receive stock as a gift or inheritance.

Getting stock from an employer or loved one can create an emotional attachment; selling the stock can feel like a betrayal. But no matter where the stock comes from, having too much in one company is a needless risk. If that one company goes the way of Enron, Lehman Brothers or eToys, your loyalty will quickly turn to regret.

Unfortunately, I had to live through my mistake with eToys to get diversification into my belief system. I learned this lesson loudly and clearly so you don’t need to. Make sure your portfolio is well diversified.

Discuss with your advisor

Do you have concentrated holdings in any individual stocks? 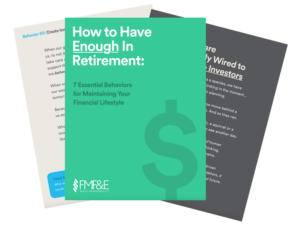 How to Have Enough in Retirement

Thanks for subscribing! Please check your email for further instructions.

This website uses cookies to improve your experience while you navigate through the website. Out of these, the cookies that are categorized as necessary are stored on your browser as they are essential for the working of basic functionalities of the website. We also use third-party cookies that help us analyze and understand how you use this website. These cookies will be stored in your browser only with your consent. You also have the option to opt-out of these cookies. But opting out of some of these cookies may affect your browsing experience.
Necessary Always Enabled
Necessary cookies are absolutely essential for the website to function properly. This category only includes cookies that ensures basic functionalities and security features of the website. These cookies do not store any personal information.
Non-necessary
Any cookies that may not be particularly necessary for the website to function and is used specifically to collect user personal data via analytics, ads, other embedded contents are termed as non-necessary cookies. It is mandatory to procure user consent prior to running these cookies on your website.
SAVE & ACCEPT